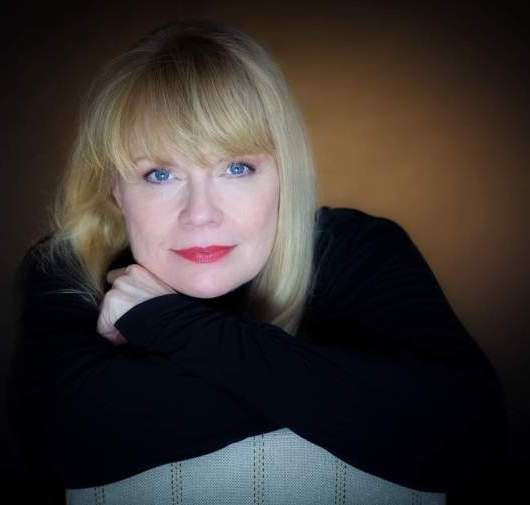 Sandra began her teaching career in New York City. In 1992, she moved to Minnesota and founded The Performance Studio, located in the heart of Minneapolis’ (MPLS) downtown theatre district. In 2000, she opened an LA branch of The Performance Studio International. As artistic director, she teaches classes based in Stanislavski Method, Robert Lewis Script Analysis, and Sanford Meisner Technique. She creates an environment that supports artistic growth for both teens and adults. Actors become more confident through practicing these methods. (To her knowledge, Sandra is the only teacher in LA teaching Robert Lewis’ approach.)

Wide Variety Theatre (WVT) is an important part of The Performance Studio. Sandra founded the theatre in Minneapolis. WVT gives her students an avenue to apply the techniques she teaches to a script, and perform it in front of an audience including Industry Professionals. Many actors get representation and work from WVT. Performing in LA and MPLS, Sandra has cast, directed and produced over 70 productions of Wide Variety Theatre.

Sandra worked as a stage actress in New York City for 10 years. Her training included: 80 hours of study with former Head of the Yale Drama Department and acting master from The Group Theatre, Robert Lewis; and Meisner Technique with Kathryn Gately. Her many credits include the world premiere of “Currents Turned Awry,” by Pulitzer Prize-winning playwright, D.L.Coburn; “Hello Bob,” by Broadway playwright, Robert Patrick; and “Beiderbecke’s Last Drunk,” winner of the Samuel French One-Act Festival. As an actress, she has appeared in film, television, and commercials. (In the movie “Jingle All The Way,” an enjoyable moment was beating Arnold Schwarzenegger in the head with a purse.)

Sandra debuted as a director in New York City, at the Nat Horn Theatre. She has directed over 250 plays in NYC, LA, and MPLS including Alan Ball’s, “Five Woman Wearing the Same Dress”; “The Owl and the Pussycat,” by Bill Manhoff; “Ikee, Ikee, Nye, Nye, Nye,” by Lanford Wilson; and “Hidden this Picture,” by Aaron Sorkin. For film, Sandra directed a romantic criminal comedy, “Organized Crime” and the 1969 rock & roll drama, “Sound Booth.”

While teaching in Minnesota, Sandra co-created and was the showrunner of an original sketch variety show called “Irelene Television Theater” now called “ITT 3-D TV NETWORK.” This unique idea sparked a call from Carsey-Werner which started the ball rolling toward creating original television concepts…and she headed west to L.A.

Sandra is also the owner, writer, and executive producer of H. B. Creations. This production company was formed when Bette Midler was interested in their sit-com idea. Currently, HBC has multiple sit-coms concepts, a one-hour 1969 rock & roll murder mystery, a one-hour paranormal adventure, twelve reality shows including big and small formats, and a mock 3-D sketch variety show all in treatment, pilot and/or sizzle form. Sandra has many doors open including those at ABC, CBS, HBO, FOX, Sony, Paramount, Imagine Entertainment, Comedy Central, Disney Channel, and Warner Bros.

Adding another hat to her entertainment rack, Sandra has worked as a talent agent in Beverly Hills. She is happy to share that aspect of the business with her students.

➡️ “Feel free to tell anyone and everyone that my classes with you were BY FAR some of the most valuable learning experiences I’ve ever had”. ~ Brandon NeSmith, ABC Studios, Atlanta, Casting Director & TPSi Alum.

➡️ “Sandra’s students perform with such honesty. This honesty is not only important to stage, but vital for the camera.” ~ Jean Rohn, former NYC Casting Director. Now owner of JR Casting, Minneapolis.

➡️ “After studying with you, Sandra, I can get any script and break it down in minutes! Thank you. You are a gift.” ~ Hilary Greer, TPSi Online Class Alum, NYC-LA Based Actor.

➡️ “If it weren’t for Sandra I would’ve never been able to do “United 93″. Sandy gave me the tools to go to emotional depths I had never gone before.” ~ Trish Gates, Lead Actor, in Oscar Nominated “United 93”. TPSi Alum, LA Based Actor.

➡️ “I enjoy working with you also you have taught me so much and now I have confidence in acting because of you.  ~ Angel Trygar, Online Master Class Alum, Chicago Based Actor.

➡️ “Thank you for being this wonderful and encouraging coach, for giving me confidence, for having such fun lessons together…. you make me smile and happy! I love working with you!” ~ Priya van Vooren, Belgian Actor, TPSi Master Class, Brussels Based Actor.

➡️ “Today I had a great audition and used all of the techniques we have practiced in class. It honesty changed my whole way of auditioning. I finally don’t dread the process and it was fun! Looks like the hard work paid off. Thank you, Sandra!”  ~ Brandon Elonzae, TPSi Master Class Actor, LA Based Teen Actor.

➡️ “I just have to tell you, I’ve gotten more out of your classes than any I’ve taken in Los Angeles. Thank you for all the priceless information…with gratitude.” ~ LarJayne Blackwell, TPSi Online Class Alum, LA Based Actor.

➡️ “My daughter has really enjoyed her coaching sessions with Sandra and says she’s learned more in a few hours with her than in all of her acting classes combined! Thank you, Sandra!” ~ Christian C. Bird, Parent of Reagan Bird, Florida Based Teen Actor.